skip to main | skip to sidebar

This week's challenge is 'Circles' so anything goes as long as there is a circle somewhere on your creation..... could be buttons, brads, eyelets, circles in patterned paper etc....

As usual post a photo of your creation on your blog/website or online gallery ... mention Arty Girlz with a link to our site and then come here and leave a comment with a link to your site - easy as that :)

This challenge is Sponsored by sally from Bootiful Stampz ~ Heres a picture of the great prize that is up for grabs. All names will be put in the hat and the winner will be drawn randomly to win these gorgeous stamps. 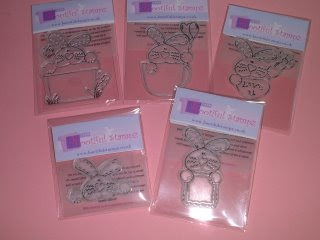 This is what sally has to say about Bootiful stampz
Bootiful Stampz was born out of a bunny i designed and had made into a die a couple of years ago. He has become my trademark in a way and i thought it would be a nice idea to turn him into a stamp with other details. I am aiming for other designs of bunnys and also other subjects to be released in the future. Stamps range from £3 to £5 for single stamps and £13 - £18 for sets of stamps.
You can buy these cute bunny stamps and more from sallys store Here also you can find sallys blog HERE
Sally also owns Auntys forum so if you have time pop over there to check it out.
We asked Sally to be one of our guest designers and she has created a card using one of her stamps ~ Heres sallys card 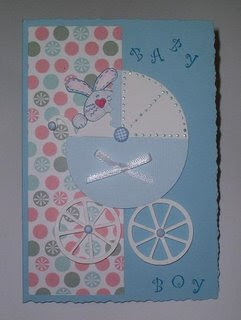 A Layout by crissi 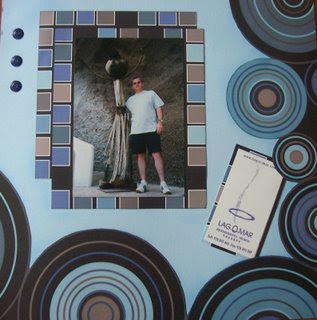 A Card from Julie 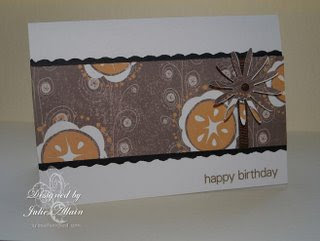 Gorgeous examples girls :)
I've made you a card, but I just won some of these adorable little stamps over on PTW, so please don't enter me into the comp ~ I'm not that greedy!

hi ladies , I have just made a card before I seen your theme, and it has circles on it so I shall take part in this weeks challenge with my card

Can't wait to see what you all come up with :

Wonderful Theme. Here is mine. Thanks for looking.

Im looking forward to seeing all your creations.

Another fabulous challenge. I've made a card with lots of circles. it's on my blog.

Phew, thanks for hosting the challenge! She's just been sitting/lying waiting patiently to jump in and say "hi, look at me, I'm floating on a bed of flourishes"! Thanks for another awesome challenge.

Here is my entry for this week :)

Oooooh loving all this circle stuff, thanks for the challenge... I didn't get chance to enter last week but may have more than one this week to make up for it :D My first contribution is here http://craftsbychrissy.blogspot.com/2008/02/altered-ring-pull-can-and-paperweight.html

Well I have done both a layout and a card. Did these yesterday so I think I must be psychic.lol.
http://ontopofthescrapheap.blogspot.com/

wonderful theme ,here is my little to hang

Here is my entry.

Here are my circles for you Girlz.
Thanks for looking
Love Cynthia x
http://rainbowladyscraftyblog.blogspot.com/2008/02/going-round-in-circles.html

Thanks a lot for such a gordeous challenge again... And your creations shown are really fantastic, ladies... ;o)

This is my effort to join in... Thanks for looking,
yours, Heike ;o)

Here is my challenge:

Everyones cards ares so lovely! I love the challenges! Here is mine for the Circles challenge.

love all the cards i have seen so far.
i finished mine today :-)

Having been woken early by the earthquake I decided to blog my card now.
Circles

What a great challenge! You got me to use NEW things!

Here is my entry for this week - I really enjoyed making this one!! Thank you for the challenge!

I have only just discovered your challenge site thanks to Jukie.

Here is my entry.

Wonderful cards and what a great prize again Sally!
Here is my card
Thanks for looking!

Thanks for the challenge.
Here's my entry, thanks for looking:

Here's a canvas which fits to the theme:
Circles
TFL
Ilonka

At last ive managed to get a chance to start joining in again :)
Great creations girls...as always :)
Mines here

Here's my first entry to this challenge which is very enjoyable !!!
I made a vintage layout with circle picture and eyelets !

First of all, love all your creations. Especially the layout. Love those concentric circles.

My humble attempt is on my blog.
x
Anna

Here's my entry for this weeks challenge.

thanks for this challenge. i had time to play. :-)

here is my entry: http://tinyurl.com/ytudeg

Another challenge I managed, and another really good one.

Here is my box

i just finished a scrapbook page for this challenge.
http://craftymumof1-gettingstarted.blogspot.com/

WOW!! Stunning examples, my card is on my blog -
http://ann-icklehaggiscraftspot.blogspot.com

Thanks - enjoyed joining in ^_^ xx

Nice to meet you
Here is my entry

Thanks for looking Gail :)

Hi there, I have managed a card this week....here it is...http://densbloggers.blogspot.com/2008/02/artygirlz-challenge-circles.html

Mine is on my blog, hope you like it.
Claire.xxx

hi girls. i did a scrapbook page for my entry.
hugs
theresa
http://misshoneydownunder.blogspot.com/2008/02/arty-girlz-circle-challenge-entry.html

ehhhhmmm I've sort of become addicted to circles... so I've done another lol

Here's my entry for this weeks challenge! Thank you so much for the opportunity!

Here is my contribution ~

I love your challenges - and the prize is absolutely adorable. Here's my card:

Here is my effort for this week:-

WOW, there are som estunning creations. My attempt can be seen on my blog :o)

Got round to doing mine at last

My entry for this week, it was fun making this ATC with the new theme.

Sorry Girlz, I'm a bit late for the challenge and my phone was on the brink all day today....argggghhhh

You know in my haste to get the post on my blog, I completely forgot to tell you about it! Doh!!

(my oh my what a lot of comments you have!!)

I've just uploaded to my blog...I'm loving circles at the moment so it's a great choice (and I *heart* those stamps!)

Fab challenge - and a good one to get me to do my Mother's day card!

Thanks for the chance to win. Here's my entry: http://kelleast.blogspot.com/2008/02/bellas-and-challeneges.html

Hi Ladies...You can find a card from me on my blog...Thanks for looking:)
Great inspiration yet again:)x

Here is my challenge xx

Here is my entry.
Caz
x

My mojo is back, the proof is here...

fab challenge, mine is on my blog.

I have just made a few cards with circles so I thought I would let you know! They are just quick cards!
http://cazzytime.blogspot.com/2008/02/new-cards.html

My card is on my blog at www.acraftingjourney.blogspot.com

I'm running late with my entry this week but better late than never!
http://craftblogspiritofcreativity.blogspot.com/2008/03/christmas-in-march.html
Ann x

Thanks for the challenge.. my card is
Here

My card is on my blog, hope you like it.

here is my entry to your challenge! bx

Phew I made it by the skin of my teeth this week.
My take on the challenge is now on my blog
Great challenge girlz

Im a little late but I loved this challenege - see my circle card at:

Welcome to our Challenge Blog, for the time being we will not be posting anymore challenges but please have a look at the past challenges as there's lots of inspiration still to be had.

Post your project on your blog etc, and mention Arty Girlz challenge blog with a link. Then leave a comment here with the link to your blog or direct post. All comments are moderated to prevent spamming but if you check back after a couple of hours and your comment hasn't appeared please email one of us and we'll put a link to your creation in the comment box for you :)

Arty Girlz Sponsors. click the banners to visit their shops

would you like to be an Arty Girlz sponsor

Code for our logo

<a href="http://artygirlzchallengeblog.blogspot.com/"><img border="0" alt="Photo Sharing and Video Hosting at Photobucket" src="http://i265.photobucket.com/albums/ii232/ArtyGirlz/ArtyGirlzHeadercream2.jpg "/></a>

By taking part in our challenges you are giving Arty Girlz permission to feature your work in a sampler however all creations that are featured on this blog are for inspiration only. Please do not directly copy the designs for any purpose unless you have sought permission from the person who created them

Arty Girlz appear in the Surf City Links Section ~ Thanks to all at Rubber Stamp Madness magazine :)